In the Middle School students are offered offered three languages, English as the First Language, Hindi/ Bengali/ Nepali as the Second Language along with Mathematics, Physics, Chemistry & Biology and Social Science as per the syllabus and curriculum laid down by CBSE. In this stage the students are introduced with Practicals in Science & Mathematics.
A compulsory addition vernacular language other than his own has to be opted by the student along with the other subjects. 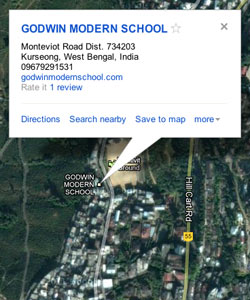